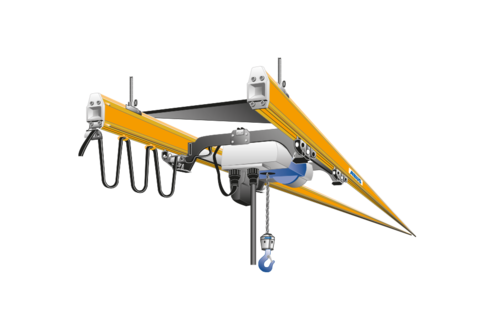 Interested in this product? Then request now for an offer!

Two crane tracks are suspended in parallel for the Mul Hahar double rail system with the hoist suspended between them. The loads are distributed more evenly meaning less loading for the building structure. Wider suspension spacing is possible.

With the hoist, an Mul Hahar electric chain hoist, suspended between the track profiles, the highest hook position is improved compared to the ESB.